EASTWEST (soundsonline.com) is the #1 producer of virtual (software) instruments in the world. With clientele that spans the music, film, television, games, multimedia and performing arts, EASTWEST has led the industry for 30+ years and provides professionals with the very best music creation tools available.

Virtual instruments enable composers and others involved in music production to use music keyboards connected to computers to create music that is virtually indistinguishable from a live performance to the average person, at a fraction of the cost. A high percentage of the music produced for all media today is produced on computers using EASTWEST/QUANTUM LEAP Virtual Instruments. 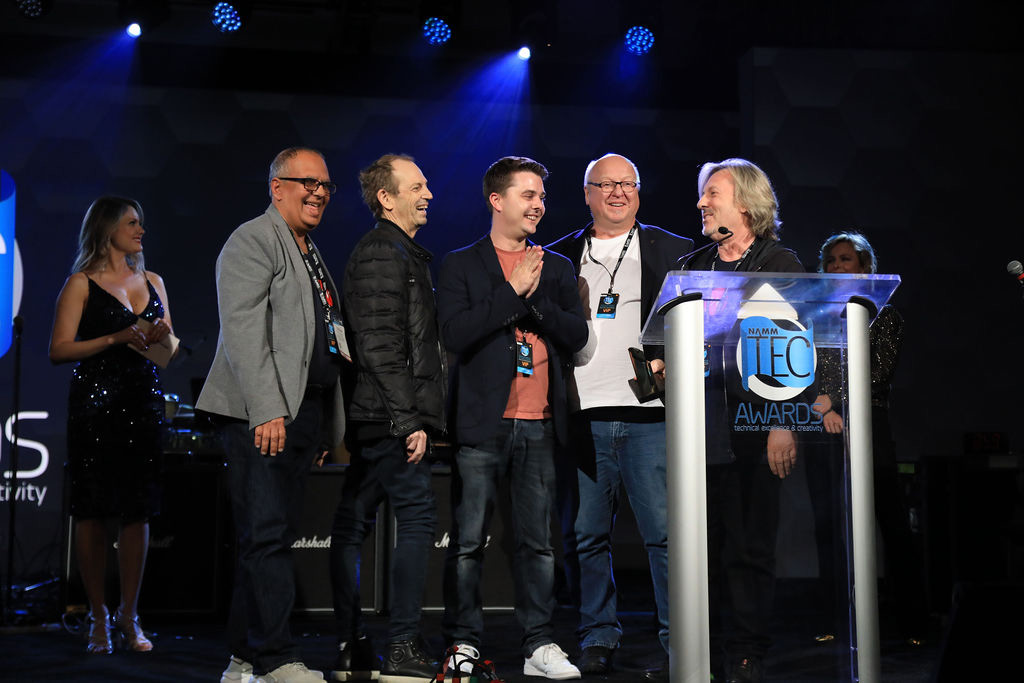 EASTWEST launched the first subscription service in the industry, COMPOSERCLOUD, which dramatically lowered the cost of entry to more than 40,000 virtual instruments included in COMPOSERCLOUD, so anyone interested in exploring their musical creativity could also afford it.

EASTWEST owns and operates a large recording studio complex in Hollywood (eastweststudios.com). 121 Grammy nominations were recorded or mixed at EastWest Studios between 2012 and 2018, more than any other recording studio; plus the company operates sounds and software development divisions in Hollywood, USA; and Berlin, Hamburg, and Munich, Germany.

With over 30 years experience in the audio industry, founder and producer DOUG ROGERS is the recipient of many industry awards including "Recording Engineer of the Year". "The Art of Digital Music" named him one of "56 Visionary Artists & Insiders" in the book of the same name.

In 1988 he founded EASTWEST, the most critically acclaimed virtual (software) instrument developer in the world. Since then, EASTWEST has been the recipient of over 100 international industry awards. Rogers uncompromising approach to quality, and innovative ideas has enabled EASTWEST to lead the industry for 30 years.

After forming EASTWEST, he produced the very first commercial drum samples collection, followed with a sequel co-produced with Bob Clearmountain, which was so successful a new industry was born. Rogers and Clearmountain produced subsequent releases that won many awards. In 1991, Rogers released the first collection to include midi driven drum loops, which enabled users to adjust each loop tempo in their sequencer without adjusting pitch or decreasing quality.

With sampling technology improving, Rogers released the Ultimate Piano Collection in 1995, the first multi-velocity sampled piano collection, which received many industry awards. In 1997 Rogers partnered with Nemesys to create the Gigasampler software and sound libraries, which pioneered the use of "streaming from hard drive technology", a technical breakthrough without which, the high quality virtual instruments of today would not be possible.

In 2005 Rogers established a software development division for EASTWEST, and released the first 64-bit virtual instruments that became the new standard.

For more historical background, read the interview with Doug Rogers in Sound On Sound magazine HERE.

NICK PHOENIX began scoring film trailers in 1994. To date, he has scored or licensed music for the ad campaigns of over 1000 major motion pictures. “Godzilla,” “Ender’s Game,” “Skyfall,” “World War Z,” “Rush,” “The Hobbit,” “Avengers,” “Star Trek 2,” “Inception,” and “Harry Potter and The Deathly Hallows” are a few recent examples.

Phoenix founded “Two Steps From Hell” with Thomas Bergersen in 2006 (www.twostepsfromhell.com). Two Steps From Hell has grown from a production music library into the top epic music artist in the world, with millions of fans and many top selling albums, a phenomenon never before seen in the music industry.

His journey as a composer has also inspired Phoenix to develop sample libraries and virtual instruments with EastWest under its Quantum Leap imprint which has resulted in a 24-year partnership with EastWest producer Doug Rogers and has yielded critically acclaimed and award winning software titles such as Hollywood Orchestra, Hollywood Choirs, Voices Of Opera, Voices Of Soul, Voices Of The Empire, Stormdrum 1, 2 and 3, Spaces 1 and II, Symphonic Orchestra, Symphonic Choirs, Silk, RA, Voices Of Passion, Ministry Of Rock 1 and 2, Gypsy, Quantum Leap Pianos, Goliath, and many others.

EASTWEST purchased the former Western Studios at 6000 W. Sunset Boulevard, Hollywood in 2006, and renamed it EASTWEST STUDIOS. In the past 6 years music recorded or mixed at the studios has resulted in 121 GRAMMY nominations, more than any other studio in the world. The facility houses five studios, and is EASTWEST's Hollywood production facility where it's sounds and software products are created and marketed. After purchasing the famous studios EASTWEST commissioned an extensive remodel of the non-technical areas by international design superstar Philippe Starck who virtually reinvented the hotel industry. The famous acoustics of the recording studios were not changed, and remain as designed in the 60s by Bill Putnam. EastWest Studios Documentary.

EASTWEST STUDIOS is the world's premiere studio. Here is a quote from page 33 of the book "Temples of Sound": "United Western Recorders has been the scene of more hit records - from the 1960's to right now - than any other studio. No other studio has won more technical excellence awards, and no other studio has garnered as many Best Engineered Grammys as this complex of studios on Sunset Boulevard". One thing everyone agrees: The acoustics and the vibe in the recording rooms of 6000 Sunset Blvd. are unmatched.

EASTWEST STUDIOS has hosted the who's who of music for over 50 years. In the beginning artists like Bing Crosby, Frank Sinatra, Dean Martin, Sammy Davis, Nat King Cole, Johnny Mercer and Ray Charles were recording the hits of the day. Sinatra's, "Strangers In The Night", "My Way", and "That's Life" were recorded here in studio 1; the legendary Beach Boys "Pet Sounds" album, which was the inspiration for The Beatles' Sgt. Peppers album, was recorded here also. The Mamas and Papas "California Dreamin", "Monday Monday", and Scott McKenzie's "San Francisco" were recorded here, all in Studio 3. Elvis Presley recorded his 1968 Christmas special in Studio 1. Famous themes for film and television were recorded here including the MASH theme, Mission Impossible theme, Hawaii Five-O theme, Beverly Hillbillies theme, Godfather Theme, plus much of the Monkees and Partridge Family television series, all in Studios 1 & 2.

EASTWEST STUDIOS was founded by Bill Putnam in 1961 with funding from Bing Crosby and Frank Sinatra.

Considered to be the "Father of modern recording" Putnam is acknowledged to be the first person to use artificial reverberation for commercial recording. He also developed the first multi-band equalizers, and with his company Universal Audio, was responsible for the development of classic equipment like the Urei 1176LN and Urei Time Align Monitors. He was involved in the early development of stereophonic recording and founded studios in Chicago, Hollywood and San Francisco. He was responsible for a number of innovations including: the first use of tape echo and echo chambers, the first vocal booth, the first multiple voice recording, the first use of 8-track recording, half-speed disc mastering. In 1957, he started United Recording Corp. in a building at 6050 Sunset and started new construction on new studios. Stereo was taking off and Putnam was determined to incorporate as many technological innovations into the new complex as possible.

Looking for a designer to take on the task of remodeling the non-technical areas, while preserving the historic studios, Rogers commissioned international design superstar Philippe STARCK, whose trend-setting work, and reinvention of the hotel industry, is known the world over for its sheer brilliance and coolness. STARCK jumped at the opportunity and headed to Hollywood. He insisted on restoring all historic elements inside and out, adding new designs to the interior, while restoring the exterior to it's original deco design. Rogers and Starck's restoration of the famous recording studios is a model for historic/cultural preservation, as well as providing EASTWEST with the finest recording environment in the world to create it's virtual instruments.

In addition to it's own use of the studios, eastweststudios.com is open to outside clients.

A privately held company, EASTWEST is the industry leader in Soundware Development and Distribution.