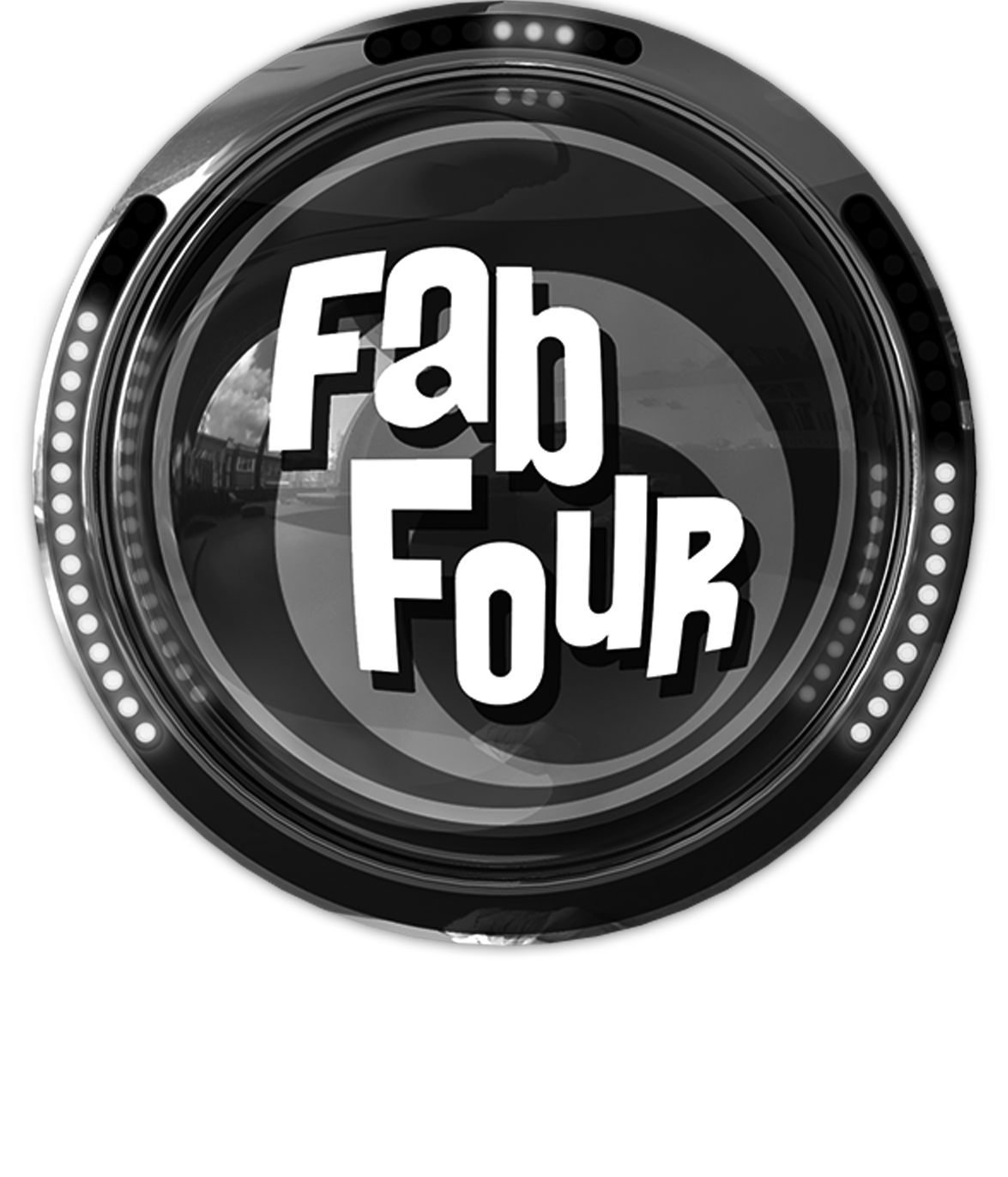 The quality is undeniable, I can't imagine what EastWest must have gone through to track down these sounds (and get Beatles engineer Ken Scott on board).

FAB FOUR is a virtual instrument inspired by the sounds of the Beatles, using the same kind of period instruments and authentic rare EMI recording equipment the Beatles used to create their music.

"The Beatles had a profound impact on me, as they did for millions of others" said FAB FOUR producer DOUG ROGERS, "and they were the initial influence for my fascination with sounds. They were creative geniuses that never rested on their laurels, always producing exciting new music and sounds with each new record, much of it ground-breaking! Putting this project together took well over a year of research, equipment procurement (much of it from collectors), and putting together a team that could pull off such a feat; but it was a labor of love for us all, and we feel the result is truly worth it."

No expense was spared finding the same kind of period instruments and rare authentic EMI and other recording equipment the Beatles used to create their sounds to produce this collection, much of which, ironically, will end up in EASTWEST Studios, where the Beach Boys "Pet Sounds" was recorded, the inspiration for the Beatles "Sgt. Pepper's Lonely Hearts Club Band" album, according to Paul McCartney.

Well over a million dollars worth of instruments, amplifiers, microphones, recording desks (including very rare EMI REDD tube and TG12345 desks), outboard equipment (including Fairchild limiters and EMI RS124 modified Altec compressors), and Studer J-37 tube multi-tracks were used in this production. If you are a film/tv/game composer, or a musician/producer looking for sounds not found in other collections, this is it. Blending these unique and sometimes bizarre sounds with today's music should enable you to produce something truly fab!

Get Fab Four and all 60+ collections that include over 42,000 Instruments at a low monthly fee with ComposerCloud.

All instruments are newly recorded multi-samples for this collection and none of the sounds came from any Beatles music or records (Beatles is a registered trademark of Apple Corps, Ltd. All other product and company names are trademarks of their respective holders.)

As you play the instruments, you'll recognize many signature sounds-guitars, keyboard, drums, sitar-but that doesn't mean you have to play the licks they provided for the Beatles. In fact, using them in other contexts provides an intriguing combination of freshness and deja vu; these are highly playable, "organic" sounds that have intrinsic merit and coolness, regardless of their lineage. The quality is undeniable, I can't imagine what East West must have gone through to track down these sounds (and get engineer Ken Scott on board), tweak them to perfection, and adapt them to a virtual instrument format. Bottom line: There are many great sound libraries out there, but this is a tour de force

Standouts for uncanny realism include, well, pretty much the entire library — the guitar sounds are so authentic they could have been lifted directly off the original multitrack session tapes. Fab Four absolutely nails the iconic instrument sounds created at Abbey Road Studios by the Beatles, George Martin, Ken Scott (who worked on engineering Fab Four, in fact), Geoff Emerick, Alan Parsons, and other producers and engineers on the Beatles' many brilliant albums. It should also be said that if you're looking to recreate the Beatles sound with other libraries, you really have to know what you're looking for. In Fab Four, so much of the work has been done for you that, uh, all you need is love . . . of the Beatles! Bottom line: Fab Four is a major accomplishment, and entirely worth the money.

I installed Fab Four in my Pro Tools rig and instantly fell in love with all the sounds--all 13GB of them. Check out: "With A Little Help From My Bass", "Bass Tripper", "Because I'm A Harpsichord", "Madonna Piano", "Baby I'm Clavioline", "Strawberry Flutes", "We Can Work A Harmonium", "I'm A Blackbird Guitar", "Revostortion Guitar", and Swarmandel Forever."

The drums and bass sounds are evocative of Ringo and Paul and the keyboards work excellently in any record production pastiche--just like the Beatles used them. The instrument's GUI includes many studio effects you can add to any sound such as convolution reverbs, delays, compressors and the Beatle's often-used ADT (artificial double tracking) tape recorder effect. As a collection of authentic Beatle sounds, Fab Four Virtual Instruments turns out to be an excellent record production and songwriting tool.

In all honesty, this was a library I didn't expect to be very interested in. I found it admirable from an artistic standpoint that EastWest would go to the trouble of putting out what I expected to be a very esoteric product, but would anyone really be interested enough to open up their wallets? Wow, was I wrong. This is a charming sample library that grows on you the more you play it. It's hard to imagine anyone not developing a severe crush on at least some of these instruments.

Given their beauty, and the ease with which they can be molded, the bulk of the Fab Four samples are both outstandingly accurate reproductions of sounds that helped create some of the most memorable music in the history of rock, and sample sets that can be turned into aural tapestries that evoke an earlier era without being tethered to it. It takes a bit of cheek and a lot of skill to attempt such a task, and the producer/engineer tandem of Doug Rogers and Ken Scott deserve high marks for their efforts.

Fab Four is a true jewel for all fans of the classic Beatles sounds. Producer Doug Rogers and engineer Ken Scott, (who has worked for example with the Beatles, David Bowie and Elton John) have tried with almost boundless efforts to capture the sound spirit of legendary recordings. Not only instruments and amps of that time have been used, also the authentic recording equipment. Along with old Neuman tube mics, venerable Fairchild and Altec compressors, they have used the EMI tube mixer and TG12345 mixer as well as a Studer J37 4 track tube tape machine. In addition, they got competent help by two former Wings members, Denny Seiwell (drums) and Laurence Juber (guitar). Fab Four is an accurate collection of sounds that created pop history, and are a great starting point to create new songs, and create alternatives to modern sounds.

SAVE UP TO 60% OFF EASTWEST COLLECTIONS
COMPOSERCLOUD+ SUBSCRIPTIONS FROM $15.99/mo

Subscribe and get Fab Four and over 42,000 instruments for a low monthly price with COMPOSERCLOUD. Learn more.