Ethereal Voices from Around the World

Whenever you need solo vocals as an effect rather than a traditional singer, Voices of Passion gathers the uniquely beautiful voices of female singers from around the world and makes them available to you in a single library. As a media composer tasked with depicting a sprawling landscape, a single note from one of these singers will throw it into sharp relief. You can produce an incredibly expressive performance with ornaments, vibrato, and all the subtleties you need to produce the exact soundscape for the job.

I almost jumped out of my seat the first time I installed this library and played a note. That's how much personality these performances capture. 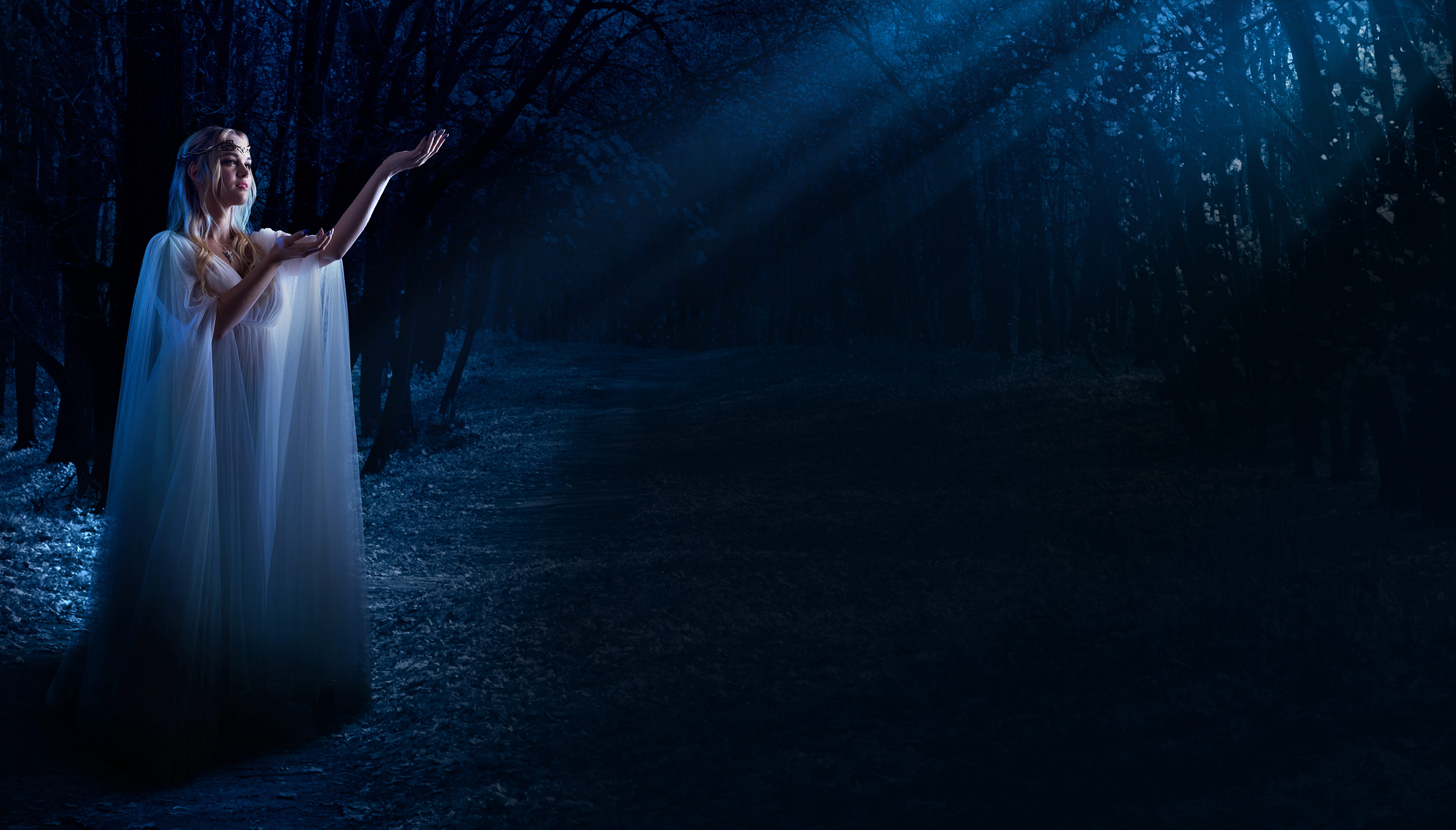 The Combined Voices of India, Bulgaria, America, Wales, and Syria

You can add these voices to any song in rich, full stereo without any risk of imaging issues. Add in the built-in chorus and convolution reverb effects, and you’ll get a haunting solo performance perfect for film and video game scores as well as New Age artists who want to push the boundaries of Western music. There are two primary ways to use this library, which can be combined at will: loading up any of over 1,000 pre-recorded ethnic phrases and allowing the original performances of the singers to carry the nuances, or using it for its true legato and weaving a melody of your choosing, in which you have as much fine control as you like.

A very varied and colorful 7.3GB collection of expressive, finely performed and beautifully recorded solo female vocal performances, all patiently waiting their chance to make it onto the soundtrack of Gladiator 2 ('just when you thought it was safe to go back into the arena').

When you want purity and a simple, transparent performance, this collection will quickly become your weapon of choice. Rather than unrestrained expression, the voices of America focus on an eerily clear tone that feels as though it could stop the progression of time.

Gentle vibrato and a smooth and mellow performance. Play around with different keyswitches, and you’ll find that some notes contain phrases with a gentle rhythmic cadence perfect for adding a chant-like effect to your music.

This is where you’ll find some of the most dramatic performances and full phrases that stand on their own. This collection excels when played against a minimal orchestral or ambient bed with few moving parts, in order to emphasize the distinct characteristics of this voice.

The perfect way to create a haunting, microtonal performance that embodies the rich history of the Middle East. Holding down a single note produces an extended phrase rich in vibrato and dramatic pitch inflections that are perfect for film and game scores, especially with a soft orchestra or synth pad background.

If you’re someone who enjoys getting extremely granular when massaging your mockups, this instrument is an excellent resource to have at your fingertips. You have complete control over individual vowels and words, and you can construct ethereal vocal performances from the ground up.

While obviously geared for video and movies, the vocals are great for replacing that clichéd diva sound used in a lot of trance music, as well as for any kind of chill. Three words: Evocative, fascinating, and unique. Oh, and add "wow," too.

If you want to imbue your music with haunting vocals from around the world, there’s no better way to do so than with Voices of Passion. Each of the 5 voices comes from a different nation, giving you the ability to call upon a wide variety of traditional singers and styles, whichever best suits the atmosphere you need to create--making this essential if you compose for film or video games. Which one will you use first?

Get Voices of Passion and all 70 collections that include over 42,000 Instruments at a low monthly fee with ComposerCloud.

The deliveries comprise a choice of simple and evolving vowel sounds, short ultra-breathy 'ahs', hums, crescendos and drifting-pitch sustains (good for spooky cluster chords). All in all, a very varied and colourful 7.3GB collection of expressive, finely performed and beautifully recorded solo female vocal performances, all patiently waiting their chance to make it onto the soundtrack of Gladiator 2 ('just when you thought it was safe to go back into the arena').

Wow! Well, that's the short-form review. To elaborate, these are superbly-recorded "ethnic" samples from Bulgaria, Syria, India, Wales (think Enya), and America (which tend toward more multisampled notes rather than idiosyncratic phrases). They play back through EastWest's Play engine (32/64-bit, Windows/Mac, ASIO/Core Audio, VST/AU/RTAS) which itself is pretty cool, with convolution reverb, delay, artificial double tracking (chorus), amplitude envelope, and lowpass filter. There are also interesting tricks, like assigning mod wheel to sample start point—start anywhere within a phrase. Another is you can use the left, right, or both channels of a vocal (different channels use different mics) but if you use only one, you can synthesize a stereo spread. The Welsh vocal "phrase generator" is cool, too. Although initially it seems there are only a handful of presets, the "master" ones use keyswitching to access multiple articulations. There are also presets with individual articulations, and some with true legato. Print out the PDF manual—lots of options are hidden in those presets. While obviously geared for video and movies, the vocals are great for replacing that clichéd diva sound used in a lot of trance music, as well as for any kind of chill. Three words: Evocative, fascinating, and unique. Oh, and add "wow," too.

I almost jumped out of my seat the first time I instantiated this library and played a note. That's how much personality these performances capture. The amount of attitude is in fact the strength of VOP and, in a sense, its limitation. Female singers from America, Bulgaria, Syria, and Wales were tracked, and EW made some very interesting decisions. Instead of performing actual words, the Syrian ladies, for example, intone a series of pitched phrases that "sound" real - at least to Western ears. The same holds true for the Indian and Bulgarian singers. Load the Bulgarian Master patch, for example, and you're presented with a series of chromatically pitched phrases that you can switch between. The mod wheel is critical to the execution of convincing performances. It filters the sounds and adds a great deal of nuance to them. All of the sample sets in this library have convincing legato and portamento, and they highlight the beauty of PLAY's DSP. In fact, there seems to be a lot going on underneath the PLAY hood, and the result - across the libraries - is, in part, a gorgeous set of legato transitions.

Voices of Passion contains samples of five really good solo female singers from around the world: Syria, India, Bulgaria, Wales, and America. The library contains a large variety of sounds and you can use it in many ways, but in general it's very emotional and sets a mood…as the name implies. Like the other libraries in this review, the recordings and performances are terrific. The passionate voices are recorded with different mics in each channel, so you can choose between thicker and brighter sounds. Normally you'd use the default, which is a stereo mixture of the two going through a rich PLAY convolution reverb that's mixed in very wet. The Indian and Syrian instruments are phrases—lots of them mapped to different notes in different keys (triggered by keyswitches). You can make the phrases start later with the mod wheel for more variety. Both these singers are remarkable—true virtuosos. Unlike the Indian and Syrian singers, the Welsh and American ones can be played like Western instruments—they have actual notes on the keyboard rather than phrases. Even though the singers cover a considerable range of sounds, the American and especially Welsh singers lean toward the breathy, ethereal side. Finally, the Bulgarian singer is in between: she sings mostly slow-moving phrases on one note. It's very effective to play her polyphonically, because these independently moving vocalizations—not words—sound like a small group of women on independent lines. In general the programming makes Voices of Passion easy to play, which seems to be EastWest's overall philosophy these days. My hunch is that this library will be especially popular among composers who do a lot of scoring. It's pure emotion in a box.

COMPOSE YOUR NEXT OPUS IN 2022

Subscribe and get Voices of Passion and over 42,000 instruments for a low monthly price with COMPOSERCLOUD. Learn more.